The Symbols behind the Day of the Dead Ofrenda


The popularity of Day of the Dead has risen in the US, as has the fascination of the spirits associated with it.

The altar, or Day of the Dead ofrenda, is a creation with incredible symbolism! Each element carefully placed on the altar carries specific meaning to attract the spirits of deceased persons.

Day of the Dead Ofrenda: Fusion of Traditions

Mexican Day of the Dead roots are a fusion of traditions found in Europe and Mesoamerica, particularly the Aztec empire, who considered death to be a new life, but also civilizations such as Toltecas, Chicimec and Tepaneca.

Many of these indigenous communities include the symbolic skull as an element in activities around Day of the Dead.

Spaniards, on the other hand, upon arriving to what is now called Mexico, viewed the celebration of death as a dangerous precursor of social disorders. So, they integrated the Christian All Saints’ Day. This is why crosses and images of the Virgin Mary are also part of today’s Day of the Dead ofrenda.

Mourning Rites at Traditional Day of the Dead Ofrendas

Their mourning rites for loved ones who have died and children who have passed away involve a complete worldview of life and death. The multiple symbols used to attract the spirits reveal the different ways Mexicans deal with and relate to death.

Día de los Muertos: Honoring Loved Ones Who Have Died

It is also common for altars to be made in homes—demonstrating the love and dedication of those left behind toward those who have passed.

What is a Mexican Ofrenda: History*

Ofrenda means offering. It is used to refer to the things that are placed on the altar to attract the spirits. Sometimes the altar itself is referred to as an ofrenda.

According to the article, Studies of Modern and Contemporary History of Mexico November 1st and 2nd in Mexico City (1750-1900), by researcher and Mexican history professor Carmen Vásquez Mantecón, the imagination of Mexicans—along with their survival instinct—led them to fill the Day of the Dead festivities with the miniature symbols they sold in markets and plazas.

It was in these days that many people place the altars in their homes along with the “pira” or pyre, which reference the tombs in the temples. Lit candles and seasonal fruits are used as well.


These traditions led to the ofrendas we know today, and that continue to decorate graves and altars on Día de Muertos.

How to make a Día de Muertos Ofrenda

Choose How Many Levels for Your Ofrenda

Three levels refer to the sky, the earth and the underworld; and 7 levels relate to the seven levels that a soul must traverse before reaching heaven, or hell.

Elements to Make Your Day of the Dead Ofrenda

The soul is nourished by favorite family dishes that represent the crops of the earth. They include mole, chocolate and atole (an ancient corn drink, served hot).

The petals of the cempasuchil flowers are used to make a pathway leading to the altar that is also adorned with the flowers.

Pan de muerto is a sweet bread decorated with little wheat bones running across the top and a single tear drop atop the center of the bun, representing sorrow.

Fire Is Represented by Candles

Visiting souls are illuminated from the shadow of death by candles. Each one represents a departed soul. It is common to add extra candles for the forgotten souls.

Water Is Present in a Glass

Wind Is Represented with Papel Picado

Colorful, flowing strands of cut out paper flags let loved ones know when the spirits have arrived.

Another Unmissable Elements: What Goes on an Ofrenda

Did you know that the forehead of the skulls are inscribed with names of both honored and living recipients?

Pictures of the deceased persons are placed in the altar to help them remember how they were in the prime of their lives.

According to National Geographic’s article: La Catrina: The Dark History of Day of the Dead's Immortal Icon, she is not the first grand lady of the afterlife.

Her role was to watch over the bones of the dead, and she presided over any recognition of those who had passed on.

If you want to know more about La Catrina, we invite you to read this article.

5 Cool Ideas to Make your Ofrenda at Home

The Meaning and Importance of Tequila on an Ofrenda

There is always a place on the Día de Muertos altar for the favorite liquors and spirits that the dead enjoyed while they were alive.

It is not a coincidence that in Mexico, with centuries of agave tradition of both distillation and fermentation, that these drinks end up on the Día de Muertos altars. This makes each altar unique, according to the taste of the departed.

Be it shots or mini bottles, distilled and fermented agave beverages, like tequila, mezcal and pulque, occupy a privileged spot on almost all Day of the Dead altars in Mexico.

Día de Muertos is the perfect occasion for a toast with tequila. Friends and family gather around the altar to honor their perished loved ones, and why not, raise a glass to them!

Remember that tequila is the national beverage of Mexican culture. The tradition is to raise a shot of tequila and make a special toast for the deceased. It’s quite an experience! So, don’t forget to include some nice Altos tequila shots on your Day of the Dead ofrenda. Salud por las almas! 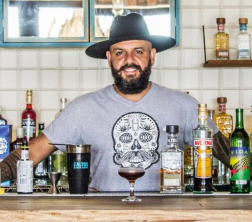 Celebrate Day of the Dead With a Spread of Beloved Beverages 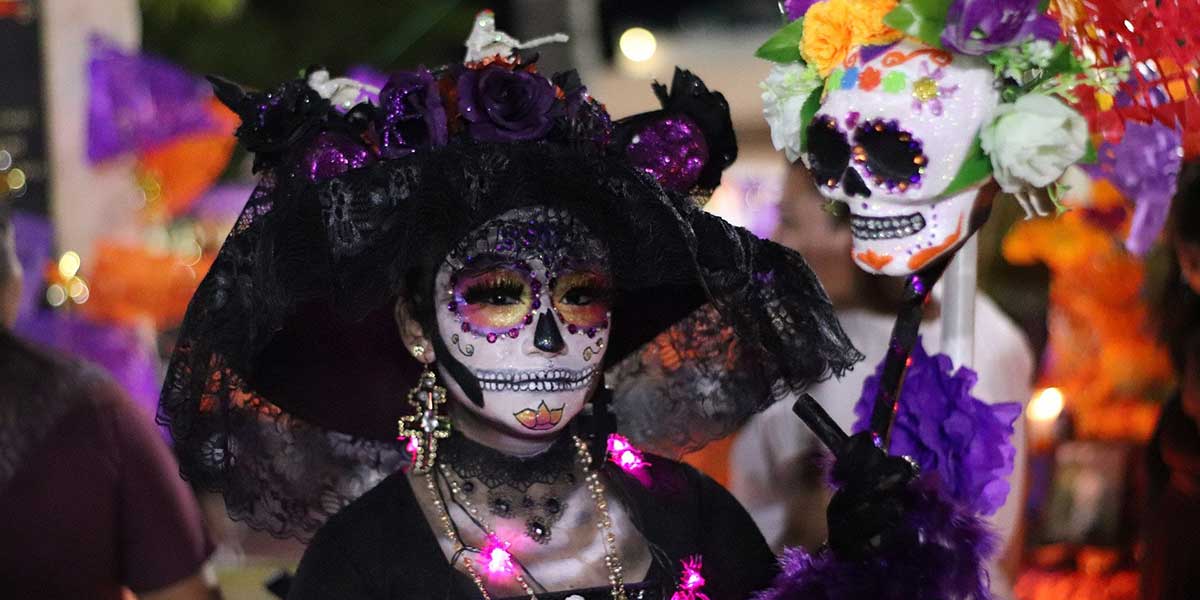